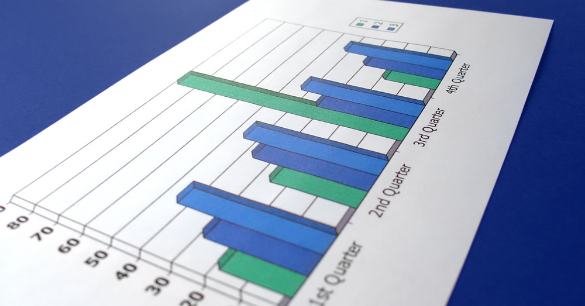 As we closed out 2020, the overwhelming sentiment entering January was that it couldn't get much worse. Unfortunately, January did not start out on a high note. During the first week of the month, protesters stormed the United States Capitol, leading to violence, the disruption of the presidential election certification, and several deaths. Nevertheless, the inauguration of Joe Biden as our 46th president took place as scheduled. January also saw the emergence of virus mutations, the uneven distribution of COVID-19 vaccines, and the gradual relaxation of pandemic-related restrictions. Also during January, a new phenomenon in stock price manipulation emerged involving several companies, including a video-game company. Ultimately, stocks closed the month mixed, with the Russell 2000 and the Nasdaq gaining, while the Dow and the S&P 500 fell. Treasury yields, the dollar, and crude oil prices advanced.

Major equity indexes reached record highs in February, only to pull back by the end of the month. Fearful that inflationary pressures would mount, investors favored value stocks over growth, pushing small-cap and mid-cap stocks higher. Investors were encouraged by President Joe Biden's $1.9 trillion stimulus proposal, accelerated vaccine distribution, and better-than-expected fourth-quarter corporate earnings. By the end of February, each of the benchmark indexes listed here posted gains led by the Russell 2000, which advanced more than 6.0%. The yield on 10-year Treasuries continued to grow, crude oil prices pushed past $61 per barrel, and the dollar rose. Only 50,000 new jobs were added in February, although unemployment claims decreased.

Overall, the first quarter was definitely eventful. Additional federal stimulus payments lined many pocketbooks; a group of amateur traders banded together through social media to drive shares of a video gaming company to astronomical heights; interest rates jumped, stoking fears that inflationary pressures were rapidly building; and equities ultimately enjoyed robust returns. The small caps of the Russell 2000 gained nearly 12.5%, the Global Dow climbed 9.4% and the large caps of the Dow (7.8%) and the S&P 500 (5.8%) posted solid gains. Tech shares, which had driven the market for much of 2020, slumped during the quarter, but still gained enough ground to push the Nasdaq up by almost 3.0%. Energy shares posted some of the biggest gains in the quarter, with that market sector surging over 30.6%. Financials jumped 18.0%, followed by industrials (12.0%), materials (10.8%), and real estate (10.0%). Only information technology failed to advance by the end of the quarter. The yield on 10-year Treasuries climbed more than 80 basis points. Crude oil prices increased and the dollar rose. Gold prices fell nearly 10.0% in the first quarter. Year to date, the Russell 2000 is well ahead of its 2020 year-end closing value, followed by the Global Dow, the Dow, the S&P 500, and the Nasdaq.


Eye on the Month Ahead
The economy in general, and the stock market in particular, should continue to progress as more vaccines are rolled out and more jobs are made available. Investors will continue to watch for signs of escalating inflation, despite the Federal Reserve's forecasts to maintain interest rates at their present levels through 2023.