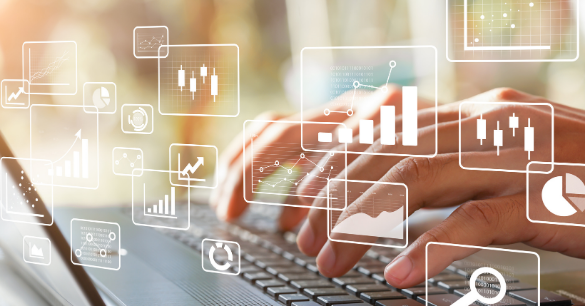 Stocks began last week on a high note, with bank and energy stocks leading the way. European shares vaulted to heights not seen in more than three months. News from a large pharmaceutical company that its COVID-19 vaccine was yielding very favorable results helped drive cyclical stocks higher, while industrials, airlines, and energy shares also rallied. By the end of trading last Monday, the Russell 2000 climbed 2.4%, the Global Dow jumped 2.0%, the Nasdaq gained 1.9%, the S&P 500 advanced 1.6%, and the Dow gained 1.5%. Treasury yields and crude oil prices while the dollar dipped.


Equities reversed course last Tuesday, giving back most of the gains garnered the day before. Each of the benchmarks listed here lost value, led by the Global Dow (-0.6%), followed by the Dow and the S&P 500, each of which lost 0.5%. The Russell 2000 dropped 0.4% and the Nasdaq fell 0.3%. Investors may have been waiting for the first presidential debate as trading was light. Energy, airlines, and bank stocks led the decline, while communications and technology stocks held their own. Crude oil, Treasury yields, and the dollar fell.


Following last Tuesday's presidential debate and renewed hopes for a fiscal stimulus package, stocks surged by the close of trading last Wednesday. The Dow jumped 1.2%, the S&P 500 gained 0.8%, the Nasdaq climbed 0.7%, the Global Dow advanced 0.3%, and the Russell 2000 added 0.2%. Crude oil prices and Treasury yields rose, while the dollar sank.


Last Thursday saw a dip in the number of jobless claims and ongoing negotiations between Congress and the White House toward more virus stimulus. Investors, buoyed by those favorable developments, turned to stocks. Tech stocks pushed the Nasdaq ahead 1.4%, while the S&P 500 (0.5%) and the Dow (0.1%) posted modest gains. The big winner last Thursday, however, was the Russell 2000, which surged by 1.6%. Crude oil prices, Treasury yields, and the dollar each fell by the end of trading.


Stocks slumped last Friday as news that President Trump tested positive for COVID-19 seemed to outweigh passage of a $2.2 trillion stimulus package in the House. Weakness in mega-caps and tech shares dragged the major indexes lower by the end of trading last Friday. The Nasdaq fell 2.2%, followed by the S&P 500 (-1.0%), the Dow (-0.5%), and the Global Dow (-0.1%). The Russell 2000 rebounded from a poor start to post a positive gain of 0.5%. The dollar was little changed, crude oil fell for the second consecutive day, and Treasury yields rose as bond prices fell.

This week is a slow one for market-moving economic information. The Institute for Supply Management® report on the services sector for September is out this week. Services grew in August for the third consecutive month, and September is expected to continue that trend. Also out this week is the latest report on the international trade deficit for August. The July trade deficit was $63.6 billion, an increase of $10.1 billion over the June deficit.


Data sources: Economic: Based on data from U.S. Bureau of Labor Statistics (unemployment, inflation); U.S. Department of Commerce (GDP, corporate profits, retail sales, housing); S&P/Case-Shiller 20-City Composite Index (home prices); Institute for Supply Management (manufacturing/services). Performance: Based on data reported in WSJ Market Data Center (indexes); U.S. Treasury (Treasury yields); U.S. Energy Information Administration/Bloomberg.com Market Data (oil spot price, WTI, Cushing, OK); www.goldprice.org (spot gold/silver); Oanda/FX Street (currency exchange rates). News items are based on reports from multiple commonly available international news sources (i.e., wire services) and are independently verified when necessary with secondary sources such as government agencies, corporate press releases, or trade organizations. All information is based on sources deemed reliable, but no warranty or guarantee is made as to its accuracy or completeness. Neither the information nor any opinion expressed herein constitutes a solicitation for the purchase or sale of any securities, and should not be relied on as financial advice. Past performance is no guarantee of future results. All investing involves risk, including the potential loss of principal, and there can be no guarantee that any investing strategy will be successful.