How Is Health Care Reform Affecting the Federal Deficit 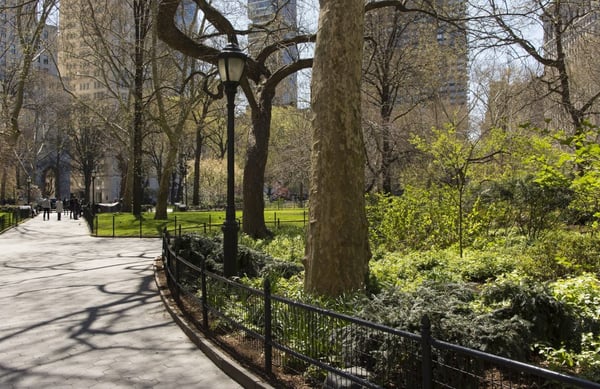 Some analysts think it is helping reduce the deficit; but others wholeheartedly disagree.

Has the Affordable Care Act actually cut Medicare spending? The numbers from the Congressional Budget Office make a pretty good argument for that, and suggest that the ACA has had a distinct hand in the recent drop in the federal deficit. Detractors of the ACA say that statistical argument doesn’t tell the whole story.

Admirers of the ACA contend that its technical changes (reductions in payments to some providers, simplified payment systems geared to holistic care, discouragement of hospital readmissions and greater use of generic drugs) are holding Medicare costs in check. These changes have led the CBO to hack 12% off its estimate for Medicare spending across 2011-20. In 2014 dollars, the federal government spent about $12,700 on Medicare per recipient in 2010; the CBO sees that declining to about $11,300 in 2019.2

In the big picture, the savings projects to $95 billion in Medicare’s 2019 budget. That is more than the projected 2019 federal outlay for welfare, unemployment insurance and Amtrak combined. It also means Medicare’s trust fund will now last until at least 2030 according to the Medicare Trustees.1,3

Does the ACA deserve all the credit? Not really, say its detractors. They argue that while health care spending and Medicare spending have slowed in the past few years, it isn’t because of the ACA’s changes. The counterargument posits that Medicare spending lessened as a consequence of the recession (and the shallow recovery that followed) and higher-deductible health plans that meant greater out-of-pocket costs for consumers.1

Another contention: lawmakers could have done much more to reduce Medicare spending all along, but backed off of that opportunity. When Congress passed the Balanced Budget Agreement in 1997, it authorized cuts in federal payments to doctors who treat Medicare patients. These cuts (which would have significantly reduced Medicare spending) were supposed to occur in 2003, but Congress has postponed them 17 times since that date.1

Hasn’t the federal deficit declined anyway? It has, and it is also about to grow again. By the CBO’s estimate, the federal deficit for the current fiscal year will be $506 billion, equivalent to 2.9% of U.S. gross domestic product. At the turn of the decade, the deficit was above $1 trillion, corresponding to 9.8% of GDP. The CBO thinks that the deficit will rise again in two years, however, as an effect of increasing federal spending. As for the federal debt held by the public, it has risen 103% during the current administration.4

The deficit aside, the self-insured may pay cheaper premiums in 2015. Preliminary research from the non-profit Kaiser Family Foundation estimates that the mean premium on “silver” plans (the popular and second-cheapest choice among standard plans) will decline 0.8% next year. The KFF’s per-city projections vary greatly, though. For example, it forecasts “silver” plan premiums dropping 15.6% in Denver next year and rising 8.7% in Nashville.4

Bottom line, the CBO sees less Medicare spending ahead. That will contribute to a reduction in the federal deficit, and whether the projected decline is attributable to economic or demographic factors or the changes stemming from the ACA, that is a good thing.

This material was prepared by MarketingPro, Inc., and does not necessarily represent the views of the presenting party, nor their affiliates. This information has been derived from sources believed to be accurate. Please note - investing involves risk, and past performance is no guarantee of future results. The publisher is not engaged in rendering legal, accounting or other professional services. If assistance is needed, the reader is advised to engage the services of a competent professional. This information should not be construed as investment, tax or legal advice and may not be relied on for the purpose of avoiding any Federal tax penalty. This is neither a solicitation nor recommendation to purchase or sell any investment or insurance product or service, and should not be relied upon as such. All indices are unmanaged and are not illustrative of any particular investment.

This material was prepared by Peter Montoya Inc, and does not necessarily represent the views of The Retirement Group or FSC Financial Corp. This information should not be construed as investment advice. Neither the named Representatives nor Broker/Dealer gives tax or legal advice. All information is believed to be from reliable sources; however, we make no representation as to its completeness or accuracy. The publisher is not engaged in rendering legal, accounting or other professional services. If other expert assistance is needed, the reader is advised to engage the services of a competent professional. Please consult your Financial Advisor for further information or call 800-900-5867.

The Retirement Group is not affiliated with nor endorsed by fidelity.com, netbenefits.fidelity.com, Chevron, Hughes, Northrop Grumman, Raytheon, hewitt.com, resources.hewitt.com, access.att.com, ING Retirement, AT&T, Qwest, ExxonMobil, Glaxosmithkline, Merck, Pfizer, Verizon, Bank of America, Alcatel-Lucent or by your employer. We are an independent financial advisory group that specializes in transition planning and lump sum distribution. Please call our office at 800-900-5867 if you have additional questions or need help in the retirement planning process.