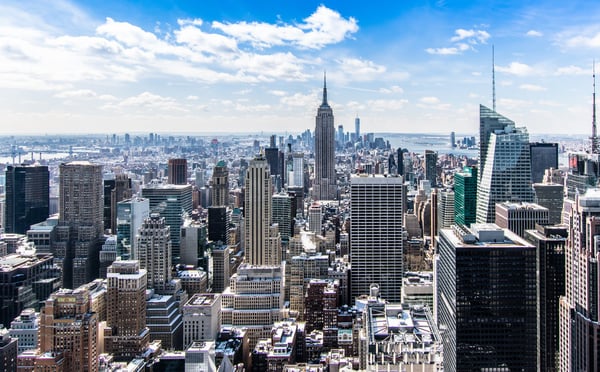 A look at the economist newly nominated to lead the Federal Reserve.

Janet Yellen – currently the vice chair of the Board of Governors of the Federal Reserve – has been nominated to succeed Ben Bernanke at the helm of the world’s most important central bank. A former UC Berkeley and London School of Economics professor and San Francisco Fed president, Yellen is a globally admired economist with many fans on Wall Street. The way it looks now, in January she will become the most powerful woman in the world.1,2,4

The average investor doesn’t know that much about Yellen and may be wondering what kind of course Fed policy may take under her watch. So here is a closer look at her.

Is Yellen just a clone of Ben Bernanke?

It is true, Yellen has often voted in line with Bernanke regarding Fed policy; that was partly why Wall Street cheered her nomination. It also liked the fact that the controversial Larry Summers had withdrawn his name from consideration. Yet there are discernible differences between Yellen and Bernanke.1

The Fed has a mandate to focus on two goals: the goal of full employment, and the goal of price stability. Some Fed chairs lean more toward the first objective, and some lean more toward the second. While Bernanke built a reputation among his fellow economists as a responsive monetarist, Yellen is known as more of a Keynesian, someone who believes in the power of a sustained government stimulus to promote employment and heal the economy. In fact, earlier this year, she commented that “it is entirely appropriate for progress in attaining maximum employment to take center stage.” 1,2

So is Yellen an inflation dove?

In the eyes of many, yes. She may end up sustaining QE3 longer than Bernanke might have, and putting off significant tapering of QE3 for longer than her predecessor. Interest rates may stay at rock-bottom levels under her tenure for longer than presumed. Since QE3 began, both Yellen and Bernanke have maintained that easing to the tune of $85 billion in bond purchases per month is needed to fight ongoing high joblessness and subpar growth, even with the threat of asset bubbles or the possibility of losses for the central bank when those bonds are sold.1,2,3

Yellen got it right at a couple of key moments during the 2000s. In 2006, she warned of a housing bubble that could bring down the whole economy, not a particularly dovish moment for her. (Of course, Yellen and her Fed colleagues could have chosen to tighten and try to prevent one from forming 2-3 years earlier.) As the FOMC voted to cut interest rates by 25 basis points in December 2007, Yellen wanted a half-percent cut, stating that “any more bad news could put us over the edge, and the possibility of getting bad news — in particular, a significant credit crunch — seems far from remote.” The Great Recession was a fact of life within a year.2,4

While Yellen is widely seen as extending the policies put in place during Ben Bernanke’s term with little alteration, the big question is how quickly and how ably the Fed will be able to tighten if inflation becomes hazardous after all this easing. If Bernanke’s legacy is that of a great scholar of the Great Depression who reactively managed the economy out of dire straits, Yellen’s legacy may be built on how well the Fed can control the side effects and the gradual withdrawal of its current accommodative monetary stance.

This material was prepared by MarketingLibrary.Net Inc., and does not necessarily represent the views of the presenting party, nor their affiliates. All information is believed to be from reliable sources; however we make no representation as to its completeness or accuracy. Please note - investing involves risk, and past performance is no guarantee of future results. The publisher is not engaged in rendering legal, accounting or other professional services. If assistance is needed, the reader is advised to engage the services of a competent professional. This information should not be construed as investment, tax or legal advice and may not be relied on for the purpose of avoiding any Federal tax penalty. This is neither a solicitation nor recommendation to purchase or sell any investment or insurance product or service, and should not be relied upon as such. All indices are unmanaged and are not illustrative of any particular investment.

This material was prepared by Peter Montoya Inc, and does not necessarily represent the views of The Retirement Group or FSC Financial Corp. This information should not be construed as investment advice. Neither the named Representatives nor Broker/Dealer gives tax or legal advice. All information is believed to be from reliable sources; however, we make no representation as to its completeness or accuracy. The publisher is not engaged in rendering legal, accounting or other professional services. If other expert assistance is needed, the reader is advised to engage the services of a competent professional. Please consult your Financial Advisor for further information or call 800-900-5867.

The Retirement Group is not affiliated with nor endorsed by fidelity.com, netbenefits.fidelity.com, hewitt.com, resources.hewitt.com, access.att.com, ING Retirement, AT&T, ExxonMobil, Glaxosmithkline, Merck, Pfizer, Verizon, Qwest, Chevron, Hughes, Northrop Grumman, Raytheon, Bank of America, Alcatel-Lucent or by your employer. We are an independent financial advisory group that specializes in transition planning and lump sum distribution. Please call our office at 800-900-5867 if you have additional questions or need help in the retirement planning process.